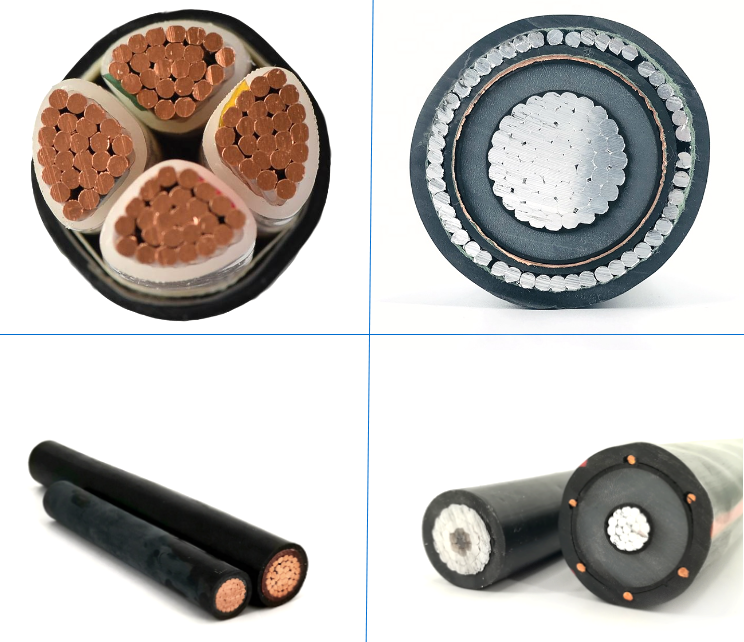 In urban power grid renovation projects, cables, especially XLPE insulated power cables, have been widely used. However, due to the particularity of the cable, there are special requirements for the installation, operation and maintenance of the cable. Moisture or water ingress of the cable reduces the insulation resistance of the cable, which is an important aspect of the operation of the cable line.

Causes and hazards of damp and water in cables:

(1) When the new cable is shipped from the factory, both ends of the cable are sealed with plastic sealing sleeves. However, after a section is used according to the actual situation at the construction site, the remaining part is simply wrapped with plastic cloth. Placed in the open air and poorly sealed, over time, water vapor will inevitably seep into the cable. (2) When laying cables, they need to cross roads, bridges and culverts frequently. Due to weather or other reasons, a lot of water often accumulates in the cable trenches. During the laying process, it is inevitable that the cable heads will be immersed in water. , Because the plastic cloth is not wrapped tightly or damaged, so that water enters the cable; in addition, the outer sheath or even the steel armor cable is sometimes scratched when pulling and threading. This phenomenon is particularly prominent when using mechanical traction.

(3) After the cable is laid, the cable head cannot be made in time due to the constraints of the site construction conditions, so that the unsealed cable fracture is exposed to the air for a long time, or even immersed in water, causing a large amount of water vapor to enter the cable.

(4) In the process of making cable heads (including terminal heads and intermediate joints), due to the negligence of the construction personnel, the newly processed cable ends may accidentally fall into the stagnant water on site. (5) In the normal operation of the cable, if a breakdown or other fault occurs for some reason, the water in the cable trench will enter the cable along the fault point; in civil construction, especially when using large construction machinery It is not uncommon for cables to be damaged or broken down due to various human factors on construction sites in China. When such an accident occurs, the cable insulation is severely damaged, and water can enter the cable.

After the cable enters the water, under the action of the electric field, the aging phenomenon will occur, and finally the cable will break down.