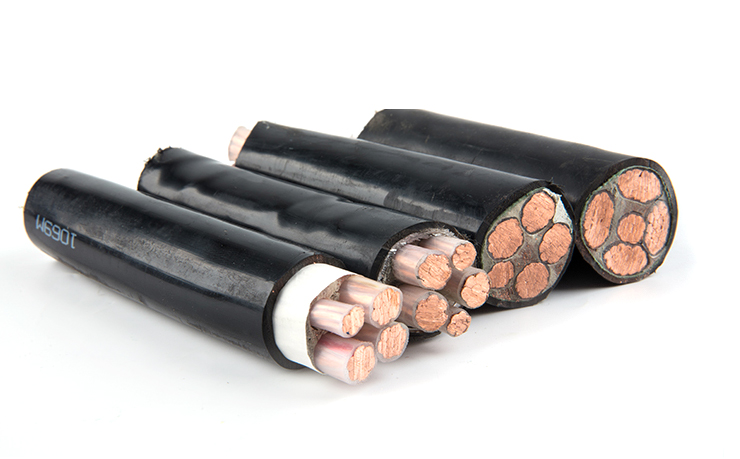 Polyvinyl chloride is abbreviated as PVC , which is a polymer of vinyl chloride. It has good chemical stability, resistance to acid, alkali and some chemicals. It is resistant to moisture, aging, and flame retardant. The temperature cannot exceed 60℃ when it is used, and it will become hard at low temperatures. Polyvinyl chloride is divided into soft plastic and hard plastic. The soft ones are mainly made into films, which can be used as packaging materials, rainproof products, agricultural seedling raising films, etc., as well as insulation layers for cables and wires, and artificial leather products. Rigid ones are generally made of pipes and plates. The pipes are used as water pipes and pipes for transporting corrosion-resistant fluids. The plates are used as the lining and floor of various storage tanks;PVC cable can divide to many kinds ,such as PVC sheathed power cable ,PVC insulated flexible cable and so on. It is also an important technology to improve PE performance. Cross-linked modified PE can greatly improve its performance, not only significantly improving the mechanical properties, environmental stress cracking resistance, chemical corrosion resistance, creep resistance and electrical properties of PE , but also The temperature resistance level is significantly improved, and the heat resistance temperature of PE  can be increased from 70°C to above 90°C, which greatly broadens the application range of PE . At present, cross-linked polyethylene (XLPE ) has been widely used in pipes, films, cable materials and foam products. The difference between XLPE insulated cables and PVC cables:
1. The temperature resistance of XLPE insulated cables can reach 90°C.
2. The temperature resistance rating of polyvinyl chloride (PVC) cables is generally 70°C.
3. Polyvinyl chloride will release toxic HCl fumes when it burns.
4. The current carrying capacity of XLPE insulated cables is greater than that of PVC cables. For cables with the same conductor cross-sectional area, XLPE cables have higher current carrying capacity and stronger overload capacity;
5. Cross-linked polyethylene cables have a long service life (the thermal life of PVC cables is generally 20 years when the environment is better, and the thermal life of XLPE cables is generally 40 years);
6. PVC will decompose and release a large amount of black smoke and toxic gas when burning, while XLPE will not produce halogen toxic gas when burning. The superiority of cross-linked cables is increasingly recognized by the design and use departments. Ordinary PVC wire and cable (insulation and sheath) burns quickly and promotes the fire. The power supply will be lost within 1 to 2 minutes. The black smoke released by the combustion and decomposition can reach the level of reaching the fingertips, causing difficulty in breathing and evacuation. What’s more serious is that when PVC burns, it will decompose and release highly toxic and corrosive halogen gases such as hydrogen chloride (HCL) and dioxins, which is the main cause of death in fires (accounting for 80% of fire deaths) and becomes rare The hydrochloric acid conductive film is attached to the electrical equipment, seriously reducing the insulation performance of the equipment, and forming a secondary disaster that is difficult to remove.