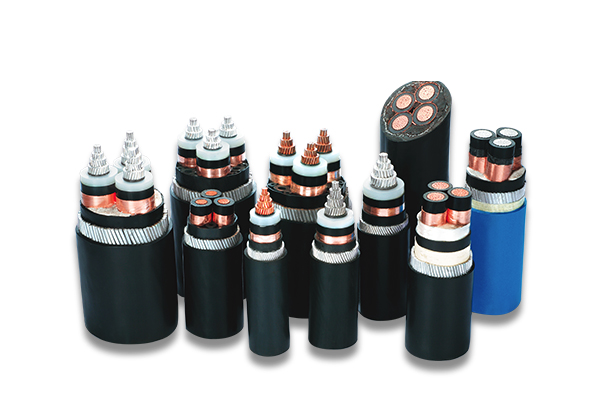 XLPE power cable has good electrical and corrosion resistance. It is easy to install and easy to operate and maintain. It is widely used in 10 kV rural distribution networks. However, once it fails, it is difficult to repair and find. Combining the actual operation and work, focus on the analysis of the principle and structure of the cross-linked cable. However, XLPE as a polymer also has its inherent defects. The macromolecular solid structure of the polymer makes it easy to accumulate “space charge” inside. Space charge is also called trap charge, that is, the part of the charge that stays in the medium after being trapped. , Can also refer to the polarization charge caused by uneven polarization. The formation of traps is due to pollution in the production process, introduction during mechanical processing or generated during application, but electrode injection is considered to be the main reason for the formation of space charges. The space charge is generally distributed in the medium impurities, physical defects and between polymer molecular chains. Factors such as residual charge in the production process, high electrode injection or polarization caused by impure materials will cause the accumulation of space charge, and these factors are inevitable in actual production. Space charge is very harmful to XLPE cable insulation.

In addition, due to the network molecular structure of XLPE, it has a greater water permeability problem. When the XLPE insulator invades a trace amount of moisture, it will cause the formation of water branches in the insulator, and at the same time cause a high electric field similar to the gas free process, causing insulation damage. The diameter of the water branches is generally only a few microns, and there are many microscopic small water drop gaps. composition. When voltage is applied to the cable, under the action of a strong electric field, water branches will evolve into electrical branches to induce insulation breakdown. It can be seen that the problem of water permeability is the flaw of the XLPE material, and XLPE is the main insulation, so it is necessary to strictly prevent the intrusion of the cable during installation and use. The cross-linked cable is mainly composed of a core conductor, an insulating layer and a protective layer. The core conductor is located in the center, and the insulation shielding layer of the “three-layer co-extrusion” process is on the periphery, which has excellent insulation shielding and heat resistance and heat dissipation performance. The outermost periphery is a protective layer, which is composed of an inner sheath, an armor, and an outer sheath to seal the conductor and the main insulation. This simple structure of cross-linked cable is based on high technology and craftsmanship. Each layer of the structure has special functions and requirements. If a certain layer of structure has a problem, the entire cable will be scrapped. In order to clarify The structural requirements of each layer of the cable, and the principle analysis of each structural part of the cross-linked power  cable are as follows.

If impurities invade the inner structure of the cable, the impurities will form tips and cause partial discharges, which will eventually lead to breakdown. This is another important reason why no impurities can penetrate into the cable structure. (2). “Three-layer co-extrusion” analysis of the inner and outer semi-conductive layer and the main insulating layer

The semiconducting layer is a polymer material with a higher dielectric constant (it is a conductor under a high electric field), which makes up for the stranded cores that cannot be completely rounded, and the uneven electric field on the surface of the cores is uniform. At the same time, it can prevent manufacturing The local high electric field caused by the accidental stab of the core and the introduction of external impurities during the process. It contains substances that quickly capture moisture, which can effectively block moisture from intruding into the insulating layer from inside and outside, prevent moisture from spreading along the core, and prevent the generation of water branches. In addition, the inherent thermal resistance of the polymer can play a role in thermal shielding of separate temperature and increase the current carrying capacity of the cable.

The “three-layer co-extrusion” process is to tightly extrude the inner and outer semiconducting layers and the insulating layer, so that the three layers are tightly combined. This process avoids the local high electric field caused by the intrusion of external impurities (air, moisture, foreign particles, etc.), makes the electric field uniform and smooth, thereby increasing the initial free discharge voltage and greatly improving the insulation strength. The main function of armoring is to increase the longitudinal mechanical stress of the cable, reduce the influence of mechanical force on the cable, and at the same time, it also plays a role in uniform electric field and protection through fault current.

When the cable is subjected to insulation breakdown, lightning strike, operating overvoltage or large fault current flowing in the core, the induced voltage of the metal sheath may cause the inner sheath to break down and cause arcing, and the fault current at this time is not enough When the relay protection is activated, the breakdown phenomenon will gradually increase until the metal sheath is burnt into a hole, which further increases the fault. In order to eliminate this hazard, the metal sheath must be grounded at the terminal.