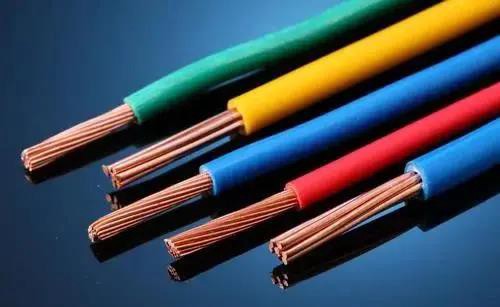 (1) Being struck by lightning. Most of the high and low voltage lines of power transformers are introduced by overhead cables. Because they are located in mountainous forests, the probability of lightning strikes is high. Therefore, during the thunderstorm season each year, the proportion of distribution transformers damaged by lightning strikes accounts for more than 30% of the overhaul.
(2) Ferroresonance occurs in the system. 10kV distribution lines in rural areas have conditions for overvoltage. When the system resonant overvoltage occurs, the primary current of the transformer surges. At this time, in addition to the fuse on the primary side of the transformer, the transformer windings will also be damaged. In some cases, it can also cause flashover or explosion in the bushing of the transformer. 2. Insulation damage
(1) The short-circuit fault of the low-voltage cable and the sharp increase of the load make the current of the transformer more than tens of times the rated current. At this time, the winding is affected by a large electromagnetic torque and shifts and deforms. Due to the sharp increase in current, the temperature rises rapidly, leading to accelerated aging of the insulation.
(2) The winding insulation is damp. This is caused by poor insulating oil or lowered oil level. One is that in the storage, transportation, or operation and maintenance of transformer insulating oil, moisture, impurities or other oils are accidentally mixed into the oil, which greatly reduces the insulation strength. The second is that the inner layer of the winding is impervious to impregnation, incomplete drying, poor welding of winding lead joints, and incomplete insulation, resulting in short circuits between turns and layers. Third, the lowering of the oil level increases the contact surface between the insulating oil and the air, and accelerating the entry of moisture in the air into the oil will also reduce its insulation strength. When the insulation is reduced to a certain value, a short circuit will occur.
3.tap switch
(1) Transformer oil leaks, so that the tap changer is exposed to the air, and the insulation performance decreases when the insulation is damp, resulting in a short circuit of discharge and damage to the transformer.
(2) The oil temperature is too high. The oil in the transformer is mainly used to insulate the windings, dissipate heat and prevent moisture. The oil temperature in the transformer is too high, which will directly affect the normal operation and service life of the transformer.
(3) The quality of the tap changer is poor, the structure is unreasonable, the pressure is not enough, the contact is unreliable, the position of the external character wheel is not completely consistent with the actual position of the internal, resulting in incomplete contact of the star moving contact position, dislocation of the dynamic and static contacts The tip makes the insulation distance between the two taps smaller, and short-circuits or discharges to the ground under the action of the potential between the two taps. The short-circuit current quickly burns the tapped turns and even damages the entire winding. 4. oil seepage
Oil seepage is the most common appearance abnormality of transformers. Since the transformer body is filled with oil, there are rubber beads and rubber pads at each connection part to prevent leakage. After a long time operation of the transformer, the rubber beads and rubber pads will age. Crack and cause oil seepage. Of course, if the screw is loose or the oil drain valve is not closed tightly, there will be blisters or poor welding quality during manufacturing, which will also cause leakage.
5. the iron core is grounded at multiple points
(1) It is not easy to find and test the multi-point grounding of the iron core of a 10kV distribution transformer. This is because the iron core grounding of the distribution transformer is internally sandwiched between the iron core (silicon steel sheet) with a thin copper sheet. The other end is pressed on the iron core splint and directly connected to the transformer shell.
(2) Short circuit between iron core silicon steel sheets. Although the silicon steel sheets are coated with insulating paint, their insulation resistance is very small, which can only block eddy currents but cannot prevent high-voltage induced currents. If the insulating paint on the surface of the silicon steel sheet is naturally aging, it will produce a large eddy current loss and increase the local overheating of the iron core.
6. overload
The uneven distribution of the three-phase load of the distribution transformer results in asymmetrical three-phase currents. The asymmetrical currents make the impedance drop of the transformer asymmetrical, so the low-voltage three-phase voltage is unbalanced, which is detrimental to the transformer and the user’s electrical equipment.
7.silica gel discoloration
Old-fashioned silicone is blue before being damp, and pink after being damp. However, this type of silica gel contains cobalt, which has an impact on human health, and its use has been banned in Europe. There is currently no cobalt-free silica gel in China, which is pink before being damp, and dark green after being damp.sformers burn out