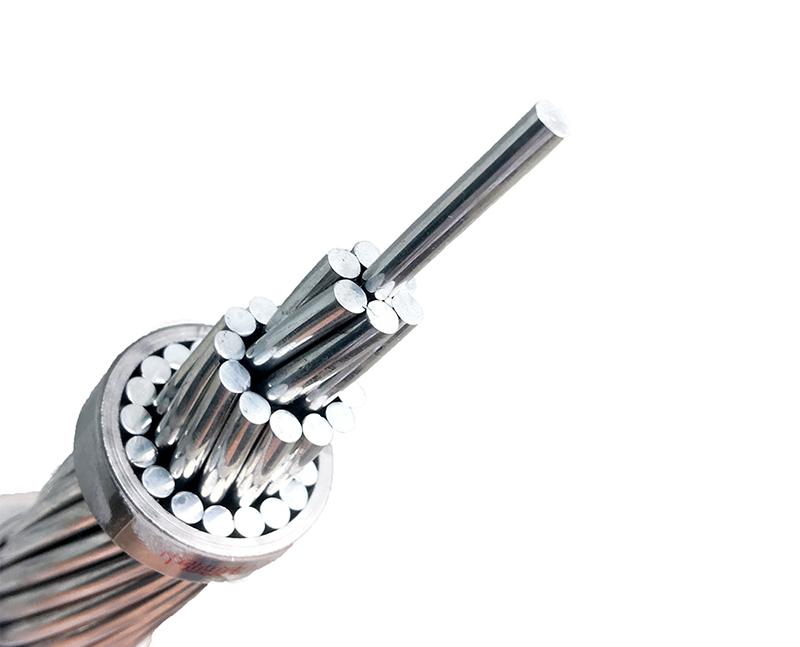 What type of wire is used for overhead?
The wires used in low-voltage overhead lines are divided into bare wires and insulated wires. According to the structure of the conductor, it can be divided into single-strand conductor, multi-strand conductor and hollow conductor; its common types are AAC/AAAC/ACSR/ACAR.
The bare wire is the main body of the overhead line and is responsible for transmitting electrical energy. Since the wires are erected on the poles, they must often bear the effects of self-weight, wind, rain, ice, snow, harmful gas erosion, and air temperature changes. Therefore, the wire is required not only to have good electrical conductivity, but also to have sufficient mechanical strength and good corrosion resistance. (1). All Aluminum Conductor (AAC): This bare concentric-lay stranded conductor is constructed with a straight round central wire surrounded by one or more layers of helically layed wires. These wires are of aluminum 1350 and can be provided in different classes of stranding and tempers. (2). All Aluminum Alloy Conductor (AAAC): This bare concentric-lay-stranded conductor, made from round aluminum alloy 6201 -T81 wires, is constructed with a central core surrounded by one or more layers of helically laid wires.
It was designed to attend the needs of an economic conductor for the applications on aerial circuit that require a larger mechanical resistance than the one of an All Aluminum Conductor (AAC), and a better corrosion resistance than the one produced by the aluminum conductor steel reinforced(ACSR). The conductors of Aluminum Alloy 6201-T81 are harder and have a better resistance to the abrasion than the conductors of aluminum 1350. Overhead insulated cable is an overhead wire equipped with an insulating layer and a protective sheath. It is a special cable manufactured by a production process similar to that of a cross-linked cable. It is a new transmission method between overhead wires and underground cables. Laying method of overhead ABC cable
A single conventional laying method. This erection method is to use the current conventional cement poles, iron accessories and ceramic insulator accessories with bare conductors, and erect according to the bare conductor erection method, which is more suitable for the area where the old line is reconstructed and the corridor is sufficient.
A special insulating bracket is used to suspend the wires for single laying. This method can increase the number of circuits erected, save the line corridors, and reduce the cost of the line unit.