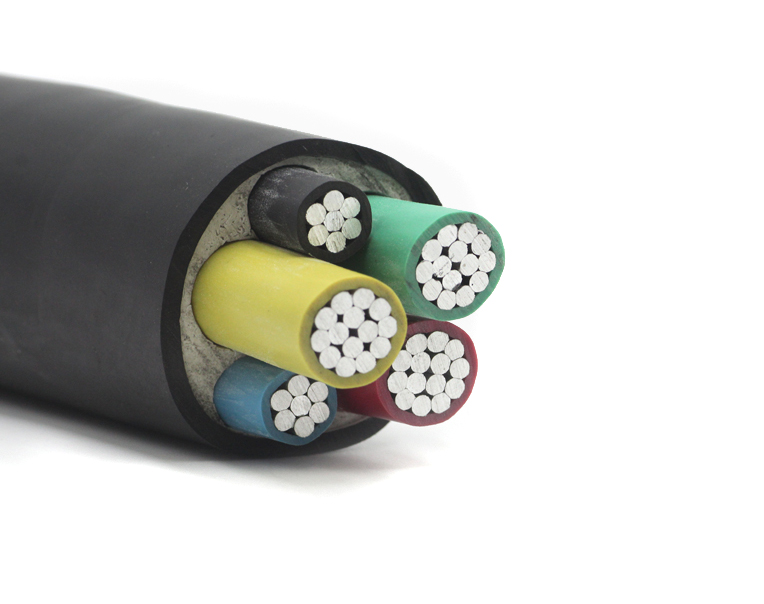 And the actual number of cables laid is far more than 6, so the actual cable reflow may be smaller than 900A. How to solve this problem, some people have proposed to connect another YJV-0.6/1KV-1*120 cable in parallel to reduce the distributed current of the other two cables. Now we theoretically assume and calculate that after the three cables are connected in parallel, the load current In the actual distribution situation, assuming that the length of 3 cables used in parallel is 1 km, the laying temperature is all calculated at 20°C. Moreover, it is assumed that the conductor resistances of two YJV-0.6/1KV-1*300 cables connected in parallel for 1 km are exactly the same. In fact, due to manufacturing process problems, it is impossible to achieve complete consistency, and there is still a slight difference in conductor resistance. In the actual calculation process, we ignore the above influence. The maximum DC resistance of copper conductor at 20℃ is 0.0601Ω/km for copper core 300mm2, 0.153Ω/km for 120 mm2, and the actual distribution of 1140A current is calculated as 120 mm2 cross-section distribution current is (0.0601*0.0601/0.153*0.0601+0.153*0.0601+ 0.0601*0.0601)=187A, the current distributed on the remaining 300 mm2 cross-section is 953A, and the actual load current flowing on each 300 mm2 cable is about 477A. ​​In this case, the actual power of the cable still has an overload phenomenon. . In this case, the actual current capacity of the cable 120 is 435*60%=261A, which still has a large margin, but the current distribution law does not distribute the current to the 120-section cable. In fact The original problem remains unresolved. And our assumption is that there are only 6 cables, which does not meet our established requirements. Imagine adding another cable with a cross-section of 300 mm2. The actual current carrying capacity distribution law is 1140*1/3=380A. Therefore, in the actual parallel cable process, the cross-section of the cable must be calculated strictly before proceeding. Use in parallel, otherwise the problem may not be solved by adding cables in time. The best case is to use cables of the same specifications and ensure the same length, so as to ensure that the current distribution is basically even. In fact, it is very difficult to re-install and rework the on-site cable after all on-site installation is completed. Therefore, the formal design, laying and installation of the cable in the early stage is very important, and the method adopted in the later stage is often only a remedial measure, and it is difficult to solve the problem fundamentally.

In addition, there are some problems in the parallel use of multi-core cables. For armored cables, the main core A, B, and C of each cable should be staggered and used in parallel. All wires of the armored multi-core cable cannot be used in parallel. The new parallel connection is used as a single-core cable on one phase. If this is done, eddy current effects will be generated in the armored steel tape of the cable, which will cause the cable to heat up and cause thermal breakdown. Although this is a very simple electrical principle, in the process of the author’s many visits to users, sometimes users still raise similar questions and practices. In the three-phase four-wire unbalanced lighting load, the wiring and distribution method of our load should ensure that the load is distributed as evenly as possible, and the three-phase current is balanced as much as possible, otherwise it may be caused by the serious imbalance of the three-phase current. Alternating induced current is generated in the shaped steel strip, which causes heating of the cable.

The parallel use of cables should also pay attention to the tightness of the lugs at the end of each line, because the load capacity of the parallel cables is generally relatively large, and the conductor resistance per kilometer is below 0. Loose wire noses and poor contact will double the conductor resistance of the line, causing uneven current distribution and even bypassing. This will cause individual cables connected in parallel to generate heat and cause malfunctions.