According to foreign media reports, in order to improve the environment for transmitting a large amount of electricity generated by renewable energy to the capital circle and Kansai consumer areas, Japan’s Ministry of economy, industry and other countries are exploring ways to enhance the transmission network by laying the largest submarine cable in China. The route connecting Hokkaido and Kanto and the route from Kyushu to China and Shikoku are very likely. The government has proposed to achieve the goal of net zero emission of greenhouse gases by 2050, and strive to achieve it through the leap forward expansion of renewable energy. 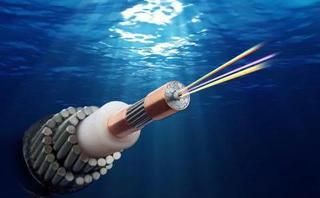 The Ministry of economy and industry began to discuss the adjustment of the national power supply wide area operation promotion organization (wide area organization) in March this year summarized the discussion plan. The government has positioned offshore wind power generation as the core of renewable energy in the future. The coastal areas of Hokkaido and Kyushu have many suitable places for stable wind, and efforts will be made to deliver power to urban areas.

The capacity of the line from Hokkaido to Kanto is 8-12 million KW, which is about 10 times of the 900000 kW transmission line connecting Hokkaido and Honshu. This paper discusses the submarine ACSR Cable as the largest capacity of transmission line in China. For the route, several options are considered, such as connecting to the Kanto region through the Pacific Ocean or the sea of Japan, and connecting to the northeast region.

According to the analysis, the distance of the line will reach nearly 1000 km. There are only two submarine cables connecting dozens of kilometers in Japan, which will be the longest one. Compared with the common AC power transmission line, the submarine cable transmits power by the DC mode with less loss.

So far, the power giant has focused on connecting the company’s nuclear power plants, large thermal power plants and consumer areas within its jurisdiction to build a transmission network. It was pointed out that, together with the small capacity of transmission equipment in interconnected areas, it constituted an obstacle to the realization of renewable energy projects far away from consumption areas. The submarine cables under discussion are connected to or across the jurisdiction. If completed, it will achieve the change of transmission network appearance.

Huge construction costs are needed to strengthen the transmission network. Wide area agencies intend to curb costs as much as possible, and it is said that submarine cables cost 100 million to 180 million yen per kilometer (about 6.01 million to 10.81 million yuan). If the connection between Hokkaido and Kanto requires at least hundreds of billions of yen in construction costs, it may lead to a rise in electricity charges.