Generally speaking, when the ACSR conductor has a short-circuit fault, the air switch cannot be closed, which will not only cause a small-scale power failure, but if it is not handled properly, it may sometimes expand the scope of the fault and even cause an electric shock accident. Therefore, if the short-circuit fault is not eliminated, illegal power transmission is absolutely not allowed. 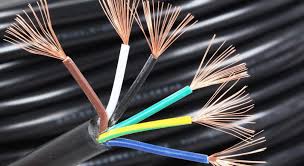 The main methods are as follows:

1. The place where the cable has a connector is the frequent occurrence point of cable short-circuit faults. When searching, the main search object is the cable connector.